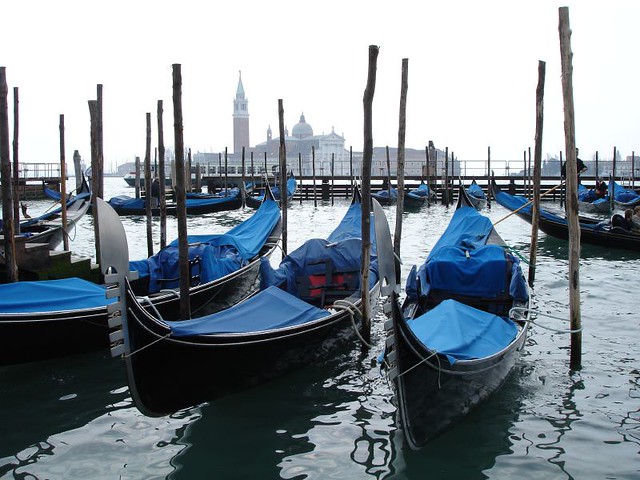 An early alarm call woke me from my slumber. But this morning I didn’t mind as much as I knew what the day would bring. A strong coffee and slice of toast brought me around and soon we were jamming our bags into the boot of a taxi and speeding towards Heathrow. Well, going as fast as one can in 8am traffic.

Heathrow is the scariest airport in the whole world. Being one of the biggest, navigating the terminals is a challenge in itself. I much prefer smaller airports like Southampton. The kind where you just walk in, dump your bags at check-in and casually stroll through to departures. Heathrow is a very different kettle of fish. Everybody is in a rush. Everybody is going in different directions. It is infinitely busier, infinitely more confusing and the queues are infinitely longer. Thankfully though, we found our gate reasonably quickly and relatively problem free.

Sitting in the departures lounge, I caught up with the Australian Grand Prix result that had happened a few hours earlier. The headline read, “Button blows up on final lap”. Typical, I thought to myself.

Soon enough the inevitable happened (what with this being the first time my parents have flown), and the dreaded “delayed” sign came up next to our flight number. This is another problem with busy airports – more planes and more passengers tend to equal more delays. It started out as being five minutes, but after four had passed, the displayed wait had grown to ten. After nine minutes had passed, the sign changed to fifteen. This went on for a while, and whilst it started out as being amusing, it soon annoyed me. The apparent reason for the delay was a blocked toilet on the plane, but knowing what the issue was didn’t do anything to console me. We had a transfer at Milan Malpensa, and at this rate it would be touch and go if we made it. Thankfully, we weren’t the only flyers hoping to make the connection, and the mood in the departure lounge was slowly simmering.

Eventually we were allowed to board the plane, and as we started to taxi out to a remote runway somewhere in Oxfordshire, I looked across at my folks who had a sort of nervous grin on their faces.

We left England behind and were somewhere over France when the prospect of food pulled my dads nose away from the window. All I wanted though was a coffee and a Concorde.

It wasn’t to be though (the Concorde that is, I got my usual foul-tasting airplane coffee) and we missed the connection from Milan to Venice. After queuing at a desk for 30 minutes along with several other wanabee connectees, a stern-looking lady dressed in an Alitalia suit leant over and asked if we all wanted to go on to Marco Polo airport. In response to the unison yes, more staff were ordered to deal with the mess up, and soon we were re-booked on a later flight. Unfortunately, that meant a four hour wait in Milan.

And let me tell you now, of all the airports to be stranded in, Malpensa is not the best. A café, a yacht clothing store (not clothes for yachts, clothes for yachty-type people), a newsagent and a lady giving demonstrations of some kind of wonder-fridge was all they had to offer us. The fridge was amusing though – it was the kind that connects to the internet and orders your food for you. The kind of wondrous technology that keeps track of your calorie intake and can order takeaway for you. In other words, a complete waste of money. But it was fun looking at the woman programming everything in though.
Anyway, I digress. Milan Malpensa is a boring airport and the 240 minute wait seemed to take forever.

Instead of arriving in Venice mid-afternoon, we eventually touched down at around 11pm, and to our surprise, our bags (along with every other frustrated connectee) had been either left in Milan when we didn’t board the original flight, or had been flown to Venice but obviously not collected and were sitting on a lorry somewhere being carted back and forth.
I have to ask at this point, how hard is it to look at a tag and see a flight number? Check that flight number against the board and see that the connection was not made. Make a quick (national rate) phone call to the other airport and enquire as to what is happening. Realise that the owners of the bags are not arriving ‘til later, and hold them until the next flight has landed? Seriously guys, it ain’t that difficult.

So we and 10 other people made a lost baggage claim and we wearily headed towards the centre of Venice, gleefully thinking of a nice shower and a cosy bed.

The manager on the desk at Hotel Alle Guglie was warm and welcoming and after hearing our story even asked if we had eaten. He said he would give the airport a call tomorrow morning on our behalf and bid us a well-deserved sleep.

And after our drawn out and tiresome day of travelling across Europe, sleep we did.