An April week in Sorrento on our first return to Italy to places we wanted to explore. Stayed at Hotel Mami Camila. First time to Ischia. Went up Mount Vesuvius. 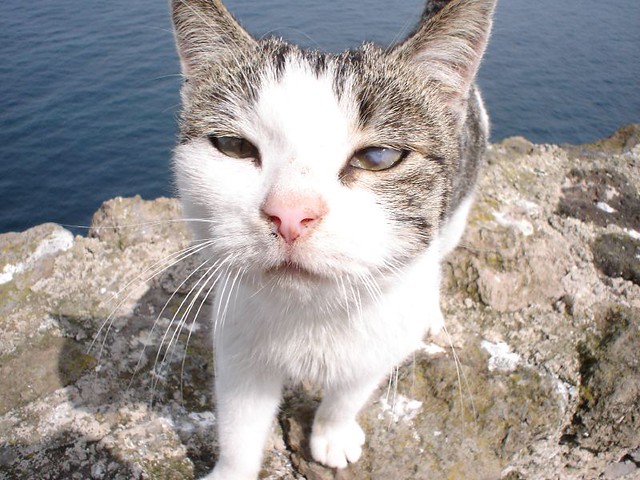 Claire and Myself visited Sorrento in April for a week for a relaxing break, staying in the Hotel Mami Camilla in Sant’ Agnello (about a mile from Sorrento centre). As usual though, our relaxing break turned into a trek around the area on a voyage of discovery! My legs had a very good work-out whilst we explored the Peninsula and surrounding landscapes.

The Hotel Mami Camilla is an excellent place to stay, with friendly English-speaking staff who look after your needs attentively. It is located about a mile from Sorrento, but transport is easy thanks to the regular bus (if you can’t face the walk). The hotel is set in beautiful gardens and lemon groves, and has a spacious feel with the rooms being set in smaller buildings dotted around the grounds – it is certainly not like your average hotel where the rooms are all on top of each other! The hotel offers culinary courses and the food is fantastic and very fresh. More details can be found at the website via the link at the top.

During our time in Sorrento, we climbed Mount Vesuvius, walked from Sant’ Agnello to the tip of the peninsula at Punta Del Capo, took a trip to the island of Ischia (used as a backdrop in the film, The Talented Mr Ripley) and explored the bays, marinas and hideaways along the coast.

Visiting the area during the off-season enabled us to travel freely without the hordes of tourists getting in our way. It appears that the Italians use this ‘cool’ time of year to do their maintenance work in preparation for the Summer months, but there was still plenty to do. The ferries – although operating a reduced service – still ran and allowed the few tourists that were there to take excursions to the nearby islands.

The weather was good to us. On our arrival in Naples, the heavens opened and stayed that way until the following morning, but the weather soon cleared and left glorious sunshine right through to our last day when threatening clouds gathered once again.

Marina Piccola and Marina Grande are two tourist hot-spots in Sorrento. Marina Piccola being the (rather confusingly named) larger of the two, with regular ferries to Capri, Ischia and Naples departing from the jetties. Both sites have stunning views of Naples and Mount

Vesuvius across the bay and both have small beaches to relax on. Marina Grande is lined with small restaurants and Pedalos are available to hire. Unfortunately, we decided the sea was still a little too cold for our British bodies and declined the opportunity to get wet!

Mount Vesuvius, the volcano situated in Naples – over looks the whole region and is a continuous threat to all who live in the area.

Since its first eruption in 79AD, it has released its lava a hundred times – most poignantly are its first in 79AD when it buried the towns of Pompeii and Herculaneum, and in 1944 (the most recent) when it caused widespread devastation to the towns below, but fortunately killed not one person.

The trip to the top of Vesuvius is certainly not an easy task. A winding road takes you almost to the summit, but due to restrictions on the road, and its National Park status, a 30 minute walk/climb ensues to the crater at a cost of six Euros.

The summit was certainly windy and quite cold, but it was well worth it to see the views of Naples and inside the now-sealed crater. The volcano is still active and is apparently overdue – I guess the little pockets of steam we saw was evidence of this!

The Island of Ischia is off the coast of Sorrento, nestled in the bay with Procida, Capri and a few other smaller islands dotted around.

Ischia, being the biggest of the group, is very popular in the Summer, especially now as the island was used as a backdrop in the film The Talented Mr Ripley.

We visited the Aragonese Castello (the castle) and Ischia Ponte (the main town) whilst there and although the 40 minute boat ride is expensive, the views of the bay make it worth while.

The castle has a colourful history, starting with its original construction in 474BC by Gerone I, a Greek-Syracusan who came to the area to help the Cumaeans in the war against the Tyrrhenians.

The Island of Ischia then went through a period of ever-changing rule: Parthenopeans, Romans in 326BC, Parthenopeans again, Visigoths, Vandals, Ostrogoths, Arabs, Normans, Swabians and Angevins and all left their mark on the castle, completely changing it as they went.

In 1441, Alphonso of Aragon rebuilt the castle, and also constructed the bridge link between the castle and the mainland of Ischia and strengthened all the walls in a bid to keep out pirates.

In 1809, the English besieged the island which was at the time under French control, and almost completely destroyed it. Then, in 1823 the King of Naples reduced the castle to a place of detention, and further reduced it still in 1851 to a political prison and finally a place of confinement some years later.

On our final day, we went for a long walk along Via Capo, which leads from Piazza Tasso in central Sorrento along the coast to the end of the peninsula. The long walk is rewarded by seeing the ruins of the Villa Pollio Felice. The Villa was a landing place for boats in Roman times and has a natural pool which is reached by the sea through an archway. The seaward side of the Villa is not for the faint of heart, with lots of rocks falling into the sea and creating some interesting water flows.

The area is outstandingly beautiful, the pool in particular has gorgeous water and the views of Sorrento and the wildlife are simply stunning.